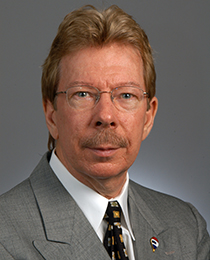 Ken’s slogan speaks for itself! We tried selling our own house, and couldn’t, but within 2 weeks of listing it with Ken, there was a SOLD sign in front! His knowledge of photography and expertise with a camera showed our house in the best light, which we believe attracted our purchaser. Ken was attentive to our needs, very professional and has a great sense of humor. His experience in Real Estate in the Quinte market were evident and assets to us selling our home. If you are selling or buying in Belleville we highly recommend Ken!

Ken, I wanted to thank you for the great job you did selling our condo. You have been able to do this a number of times for both of us. It’s been a pleasure dealing with you. We will enjoy using your gift certificate at Earl & Angelo’s. Thank you very much.

Ken was very professional throughout the sales process and the house warming gift was much appreciated.

Ken, moving back to the Belleville area and looking for a new home and would like you to act as my agent. My previous experiences with you involving three other Real Estate deals were excellent and anyone I have referred to you has been very impressed. You listen to your clients needs and desires and scout out the best deals in town. See you soon and thank you!

Dear Ken, We would like to take this opportunity to express out heartfelt gratitude for your expert assistance in locating our dream home in Prince Edward County, Ontario.

We were re-locatingback to eastern Ontario and while in Florida we were searching on-line for property in the Belleville/Prince Edward County area. We found your highly professional web-site and upon speaking with you via telephone and e-mail, we knew you were the right person to find the type home we required.

You sensed exactly what we were looking for; and in a very short time you were able to locate several properties for us to view; one of which is now our dream home.

Your extreme professionalism, honesty and friendly assistance has been amazing and we would be more than happy to recommend you to anyone looking for property.

Yours truly,
Bruce and Penny Brown

My husband and I were very pleased and satisfied with the service we received from Ken Williams while selling our condo recently. Ken’s professionalism went beyond our expectations. He allayed our apprehensions and addressed our concerns promptly. We would highly recommend Ken to anyone who requires a quality real estate agent. Thank you, Ken.

We would like to take this opportunity to thank you so much for the fast and efficient manner in which you listed, showed and sold our home.

With several similar properties for sale in the development, it concerned us as to how long it might take.

"I Ken" had it sold within three weeks of the listing. Your expertise with the camera was a huge factor, I am sure.

Thanks also for your kind and generous gift.

We will certainly be referring friends and family who are in the market for selling and or buyer.

We had always seen “I Ken” around the city of Belleville on advertisements and a black van driving through the streets. I never considered calling Ken Williams until my friend had him list her home and it sold within days. She had nothing but good things to say about his professionalism and knowledge.

When we decided to list our home with a realtor,I had2 different realtors come to give me their opinion on an amount my home would or could sell for.

Ken suggested that I list my home for $10,000 more than the first realtor had suggested. He said it may take some time to sell but felt I could get what i wanted from the sale of the house. Ken was meticulous in taking the photos of the interior for MLS listing. I had bought and sold 5 homes and have never had a realtor provide feedback like Ken did on what i could do different when presenting my home through the photos and showings.

My home sold in less than 24 hours after being listed for almost the asking price.

Ken showed nothing but true interest in getting my house sold while maintaining honesty and intregrity.

“He Ken when others can’t”.